A field, an idea and the timing of an era. Through music, people, peace and love, there was one thing in common, great music, more than enough people, and a chance of playing in the mud! That was 1969 and one of the most celebrated moments in all music history. In this post, we are going to move forward in time and take a look at the 2019 Woodstock Music Festival. A 50th Anniversary celebration that refuses to go away and fade like many other moments in life.

What was the draw back in 1969? The music, the fact that everyone all of a sudden had a place to go celebrate a part of the culture? Most likely a good part of the answer may refer to the fact that, a sudden freedom had emerged that would allow the inner expressions to come out. Be it on stage or as part of the crowd, either way, this was now the new culture, the new youths of the day.

Back then the music was fresh and the artists in the now of the era. Some were new, but many had already made their mark withing the previous few years and fans were willing to follow them, even here, to the Catskills and a dairy field owned by a simple man, Max Yasgur.

The brainchild of a few men, Michael Land, Artie Kornfeld, along with the financing from Joel Roseman and John P. Roberts. It was an event that was meant to be for the sole reason of profitability and billed as being Aquarian in nature. The promo read was simple, ” 3 days of peace, music…love”. Who could resist? Advanced sales of tickets were brisk and the numbers started to add up quickly. Fate would change the entire scene to one known to history as becoming a free concert once many music lovers found out the list of the many performers scheduled to appear.

Now forward to 2019 and although several of the original performing acts may not be around anymore, there are those that are, and a few that have agreed to appear once again for this historic event. For the many fans of the original festival, it is sure to be bliss to once again be able to not only reminisce, but to re-affirm their vows to the era that brought them to their freedom of expression that would continue for the ensuing years as adults.

Films, Books, and the Media

Woodstock, the movie (1970) would not only allow those that had attended to cherish the moments, but also it would serve as an opening into new categories in subcultures. Rock documentary, biopics and musical dramas. The original movie will be presented on a large screen at the Bethel Woods event.

There would be many that would become successful (movies) by allowing further profitabilities by the performers, not only in theater ticket sales, but in vinyl discs as well. Today, even though the compact disc (CD) peaked some years ago, sales are still brisk and with streaming media, it makes it endless.

Including the up coming 50th Anniversary Festival, a simple search reveals that dozens upon dozens of books from various authors have been written on the original, as well as the other ensuing celebrations related to Woodstock alone. This makes it all worthwhile as a defining moment in (music) history.

When it comes to print media, not only were musicians the toast of the town, but others also were quietly celebrated, only to become famous in their own right.

A carpenter and a nurse come to mind, and here you can read why they became so famous!

Because of the upcoming celebration, will another part of history repeat itself? While searching around the internet, prices for the original album were found in a range of $14 – $89. There were other prices that would also include the set containing, Woodstock & Woodstock 2 for around $230. The point here is that because of re insurgence in the vinyl record industry popularity, showing strong sales (16.8 million vinyl albums sold in 2018), would a re-issue of the original album be worth the price to have as a memento? Most likely to those dedicated to this passion and of the era in music.

While original tickets prices back then were running $18 – $24 for the 3-day event. Today, should you still have those tickets, your prize can fetch much more with a range from $50 all the way to around $1000 for a full set which included the program. Wide coverage of the 2019 festival could make those prices continue to rise in value, but then again, if you were at the original Woodstock, and it was a life changing moment for you, why sell such a treasure?

For the 50th Anniversary, more than one venue will come into play. The original site of the Woodstock Music Festival, Bethel Woods, which has become not only a historic museum of the 1969 event, but an Arts center for music and culture, now features an amphitheater with a seating capacity of around 15,000. Nowhere near being able to accommodate the true fans that originally descended upon it (400,000 +) the board has decided to scale back on the number of performers to be featured in the lineup.

The festivities will begin with the showing of the original movie from the 1969 event and a free concert to be preformed by none other than Arlo Guthrie.

So why the scale back? Organizers at Bethel Woods Center for the Arts, realized that the number of concertgoers would far exceed the capacity available. Times have changed and it was decided that the best way to honor the site, was to go ahead with the limited lineup, and yet at the same time, have a full event at a different location that is more suited for handling the anticipated crowds.

Just a few miles away, 154 (crow miles), a second site was chosen to better facilitate the event. Co-founder Michael Lang, was able to secure the racetrack located in . This is now considered the official site for Woodstock 50th Anniversary celebration. The dates are the same for both festivals. Deciding which festival to attend will rest with the hearts of those wishing to continue the originality, location and intent, or to move forward and enjoy the more modern look and feel of musical gatherings. The other possibility would be to purchase exact date tickets to either, and travel to both sites.

With more than already lined up, along with a much younger crowd anticipated, may be just the right ticket to continue the legacy that was started many moons ago. Tickets will be going on sale April 22, 2019 and it would be wise to grab them before they are gone and have to rely on less savory methods of obtaining them.

While there were no reported criminal activities reported at the 1969 festival, the same cannot be said about the 1999 event. Reported rapes, price gouging (tickets & water), heat, drugs, etc… Although the festival (1999) was dubbed a complete failure, not much is being said about the 2009 gathering.

Today, with marijuana pending becoming legal in the State of New York, are problems being anticipated? With the site being able to hold a much larger capacity crowd, it won’t be just the scent of patchouli oil that will be noticed. Other illicit goodies may end up making appearances and hopefully, hopefully, performers will not be trying to promote activism and rowdiness to mar this festival.

Those that plan to attend the original venue, may find themselves looking at some historic modes of transportation by looking around and looking down. Old sandals, tie dye tee shirts, flowered long skirts, head bands and flowers in their hair will make for a serious flashback to the good old days. Difference is, there will be a lot more gray hair this time around, and there will most likely be a continued connection and reasons to try to re friend those that may have met back in 69.

While we have all moved forward since the old days, there are those that for nostalgia’s sake, take pride in those good old-fashioned vans. Many have been restored and repainted to continue the look and feel of the era and will be easy to spot on the road to either venue.

Will the younger generations be able to accept what they see as different? Will those whom have followed the tradition of celebrating Woodstock throughout the years be able to accept the youth’s of today and the celebration of their culture, and be able to continue the legacy that was born so many years ago? Time will tell and although the music has changed over the years, those oldies from our past, are treasures that will be celebrated forever in our minds and hearts.

Will this year’s anniversary celebration become one that will go down into the books as being considered a huge success? Perhaps, and judging from all the performers that have signed on, how large of an attendance will converge on the site? Throughout the years, massive concerts have taken place with numbers that boggle the mind. One can only hope to be part of something that will continue to be historical.

For the original site at Bethel Woods, the celebration will be just as historic and many will find themselves leaning towards the reuniting with their own histories and being older, a smaller crowd size better to put up with. Call us old or call us sexagenarians, it won’t matter as most of those in attendance will still have their groove going and freedom of expressions they came to love as a generation.

Regardless of which event any of you are planning to attend, there will be plenty to see, hear and share. Some of you will return home afterwards with a well-deserved dose or even overdose of artful music and a sense of having your soul’s satisfied for many more years to come.

Davide, Looks as though they have really toned down the Bethel Woods event. At least the memories all started there and shall continue to be cherished by the many original fans. Although prices have not been officially announced, tickets will go on sale April 22.

I was 3 years old when the first Woodstock event occurred. I grow up listening to my cousins playing the music on the record players. I remember a little about that time. My oldest cousin was just getting ready to graduate high school. I recall my aunt getting really upset with her and her boyfriend smoking cigarettes and marijuana.

To remember the days of peace, music, and love was quite some time. I’m looking forward to seeing how this new generation handles this type of festival. This generation of me and myself should bring a new dynamic to the festival.

Ken, I was barely coming into my teens and yet remember it quite well. A lot of those musicians influenced me from that point on and music became so much more exciting. I think it was an age of discovery for most of us and still today, we are still influenced by it. Not sure I could handle today’s crowds, my temperament of being in large crowds scare me any more.

So here’s a tip of the glass to you, and may the peace still be there for you. Wonder if they still make Annie Green Springs wine any more?

HALLOWEEN & FALL CANDY IS HERE AND ON SALE AT OldTimeCandy.com! SAVE 10% & Get Free Shipping On Orders $250+ Using Code: OTC0919 At Checkout! Shop Now! Click on the banner below. 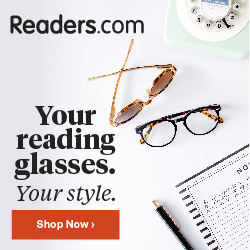 Make Your Own Book