With a long history dating back to the 1930s, there are many older folks who are still wanting to know what is a slug bug? In simple terms, a car.  Better known as a Volkswagen Beetle, and along the way, a game evolved to keep the focus on these simple and trustworthy little invaders of our lifestyles.

A game most likely created in the back seat of a sedan by a couple of young kids, bored with their travels, found a way to keep busy and yet, instill a bit of the devil into their playtime while being in a restricted space.

There can be times when spotting one is about as likely as seeing a naked jaybird in the middle of the dessert, or plentiful enough to give that well know Starbucks coffee chain a run for their money on every corner.  Chance, luck and repeated offenses are probably the best way to play and get along as well.

Whose Idea Was It Anyways

If you are looking for the history of the VW Beetle, Roller Skate, Slug Bug, or any other name it goes by, I will not even consider rewriting its history as it has been done by others and they tell that story better than I care to.  Should your curiosity get the best of you, then you can read a complete history of the VW here.

When looking for information about slug bugging (AKA: Punch Buggy), there is not much written about it as most people seem to prefer doing the video thing instead.  There was a brief mention in a newspaper (May 6, 1964, Arizona Republic) but was missed by at least 99.9% of the population as it did not seem to catch on.  So where did is this impish little game of war come from?

Perhaps it was actually an act of terrorism by an underground force thought to be from a northwesterly European country (that shall remain nameless), to intimidate the population of the United States through the use of cheap labor (children) to inflict as much damage to all within their reach and to render them defenseless, while, these small and rather inexpensive vehicles continued their invasion upon cities throughout the land.

Now that the star of the show, VW Beetle, has come to an end of production once again(July 2019), they say it is the final time and if you were to ask a long-time owner of one of these beloved vehicles, they will tell you that they’ve heard it before.  Regardless, the game must go on as there is still plenty of power behind the punch to go.

Are You Being Bugged?

In order to answer that question, location seems to determine many factors for a chance of having a winning run.  If you are the driver, should the passenger be allowed to punch you, thereby creating a not so safe driving condition?  What will you tell that officer friendly (or not) as to why the sudden swerve and ensuing erratic behavior?  After all, will they believe you?  Too many questions, back to the game.

It is a game, and being a sexagenarian myself, there are portions of the population in the same age bracket that have never heard of slug bugging (aka: punch buggy).  I also noticed when speaking to these fine folks that there were two things noticed near their homes.

1.  A large rock with what appeared to be drag marks leading from said rock.

2.  Deep depression is seen in the area of the sandbox and sand still clinging to their ears and hair.

It depends on where one lives.  A large metropolis can bring on many colorful bruises with a few colors that have not even been used on automobiles.  Is it possible to auto paint makers to develop a combo color to flow through the various stages of healing of the aforementioned?

Take a right at the corner and there’s one.  Keep going down the road and you start to score consistently.  Just entering a different part of a city may all the sudden mean the target vehicle does not go here or is somehow banned for lack of interest.  This is the part of the game where the person whom you were slugging can have a chance to recover and sharpen their senses as to where to find them and begin scoring themselves.

Location, location, location.  There is a lot to that phrase and if living in a small city, your chances of high scores diminish greatly.  In case you are wondering if you can call the same ones over and over each time you drive by them (my wife does this), guess we’ll have to look at the rules in the next section of this post.

You will find one thing odd if you pay attention in your travels while scanning the horizons for potential scoring material.  Slug Bugs seem to be allergic to riding on long stretches of open road.  Breaking News:… Highway clear of any offending said vehicles and now safe to travel.  Due to their rarety on the highways, does that mean double or even triple score points? They can be spotted but mostly either parked in a driveway somewhere in rural America, or in the back yard in either rustic or degenerating condition as a yard ornament.

While every part of life seems to be governed by some kind of rules, there are some that will tell you that it is no different here.  Wonder what the official rules look like to a VW Beetle owner and would they even follow such rules?  A bigger question would be to ask them if they play the game also?

To play by the rules seems ridiculous and not to mention, painful.  Just make them up.  After all, you already know the basics and even if you aren’t a kid, you will catch on quick.  For the sake of our new found friends who have never heard of slug bugging, here is a link to the most basic rules out there.  The Rules.

For us veteran players, we know better than to follow any stupid rules.  At least in my household, they tend to change on every outing.  Still, it is a lot of fun.  Depending on how you feel about it, there is one rule that needs to be established right up front between you and the other players near you.  Physical punching allowed, or are you getting too old to put up with sore shoulder muscles?  Just calling it out seems to work just fine.

What about calling out repeats?  For my wife and I, calling it only once a day tends to be fair.  Unfortunately for me, she will remember every one of them and their locations and colors when driving alone, only to make sure her score adds up when recanting the day’s journey.

Are the convertible ones really worth extra points?  What of the other oddities?  Dune buggy conversions, pre-1963 versions (small rear windows), dealerships, billboards, movies, TV advertising…  To some of us, they all count and that is the secret to scoring big.

Do you have special rules that need to be made public?  Let us know by commenting at the end of this post.  Seems only fair that the more unusual the rules you make up, the better.

A Time To Retire

Considering that the VW has been around for almost an entire century, give or take 10 or so years, maybe it really is to for the world to start saying it’s farewell the such an inspiring concept for a car.  Created by a man with enough vision for the future of travel, it was an idea that brought on a firestorm as well as a long-lasting love affair.

Ferdinand Porsche was a brilliant man, and many years after his passing, somewhere along the way, whether it was a sales gimmick or just a silly idea, adding a large daisy that could be seen in the front window seemed like a good idea.  Then again, adding eyelashes to the headlights and the making of movies with numbers on the doors, also have had their moments.

As we venture into the future of travel, on the ground at least, judging by the sentiments of “Bug” owners, most likely you will have plenty of years to still master the art of slug bugging.  After all, that little devilish part of you knows many grandchildren that still need to be introduced to the game.

The question boils down to whether this car with its long history and impact on the world will really stay out of production in the future or will it restart in maybe in a few years from now with a new look and feel for its 100th anniversary?  Time will tell.

One can just imagine the marketing force in play for this iconic car.  Leaving out some of their other well-known brands, just the basic VW, and of course the Beetle, the numbers are still impressive, to say the least. Somewhere along the way, regardless of what the numbers might tell us, sales have declined to the point that ending the manufacturing was the right answer.

It can be said overall that the target market was reached through ownership of the slug bugs, as well as getting the younger age population involved.  Looks like the best place to go out and play the game, maybe in the far East and Europe.  Surely the rules there are similar but, how the score will be determined on a local level.

It was dubbed “The People’s Car” and proved to be very successful in many ways.  There are many events held throughout the lands dedicated to the pride of ownership and the love of the lifestyle.  Recently when watching a documentary of Woodstock, it was surprising to see how many of these slug bugs were present in 1969, and that was just for those en route or parked along the highway to get to the event.

People have toyed with their beloved cars in many numerous ways.  Decorating, stuffing them with riders in order to attain world records, making them into main characters in books and movies, holding rallies and public exhibitions.  They are seen, loved, given names (who doesn’t give their vehicles a name), and yes even found to stir up trouble.

What about the collectors?  There are many who make it their life’s dream to not only own one but to also gather either the collections or parts of these iconic cars.  But none was bigger than the private collection by Dr. Norman Gonzalez of Puerto Rico with his creation of Volkyland, who decided to part with this humongous collection that was acquired over 60 years.  The collection,  worth millions, was entirely sold off and the museum was permanently closed (2019).

Looks to be that a bug’s life will most likely live on forever and can already be seen in the history books, will the game continue to survive.

What is your story/love affair with this iconic part of our life histories?  While we have all seen one or two, it becomes hard to believe there are those that have never played the game and even harder never having seen one.  Tell us your side of the story and fill us in on how you play the game (as an owner).  Do you spend your time enjoying the attention or are you pre-occupied with using squirt guns on every Ford truck found wandering the streets?

They say a beetle can survive for many years and I have no doubt they will be around for many more and we will all continue to punch our way through it.

Got bugs?  Other types of bugs that you can collect or control. 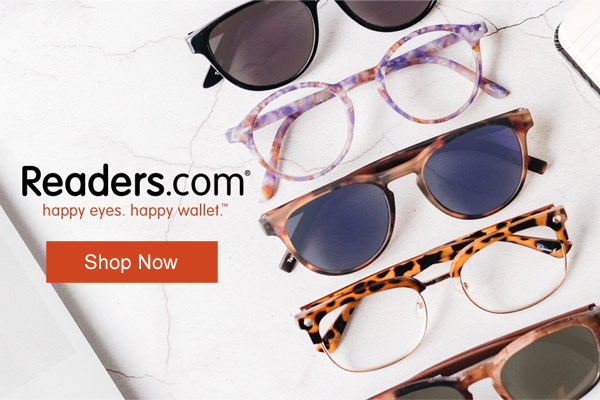